Purchase Family Tickets: A Night of A Thousand Genders 2019 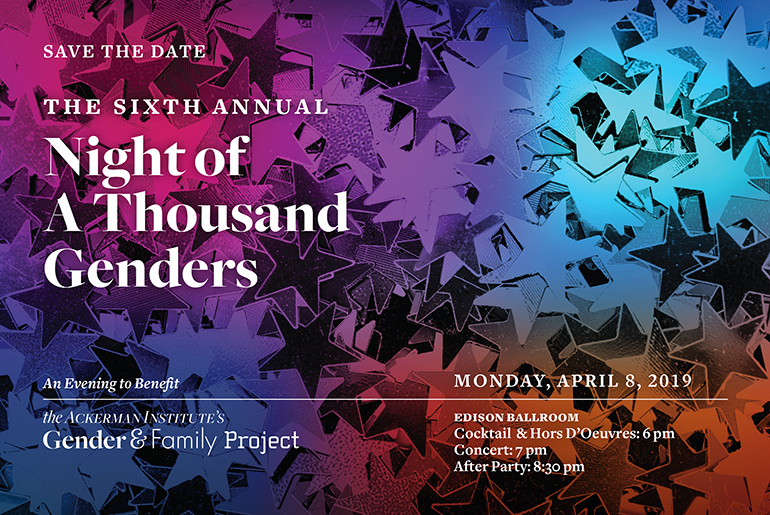 Support transgender youth and families at The Gender & Family Project’s Sixth Annual Night of A Thousand Genders, an inspiring evening of performances and solidarity. Join us on Monday, April 8th 2019 at 6pm at the Edison Ballroom, NYC.

For questions about tickets, tables, and sponsorship opportunities, please contact Jane Rennert at 212.879.4900 ext. 156 or JRennert@ackerman.org

A Night of a Thousand Genders 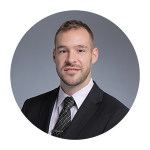 Aron Janssen, M.D., is an Associate Professor of Child and Adolescent Psychiatry and the founder of the Gender and Sexuality Service at the NYU Child Study Center. The service, launched in 2011, was the first program within a department of Child and Adolescent Psychiatry dedicated to gender affirming care. As director, Dr. Janssen spearheaded and oversaw its remarkable growth in serving hundreds of families, training over 2,000 medical and mental health providers, and supporting and pushing for public advocacy on the local, national and international levels. 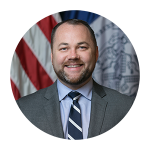 Corey Johnson was first elected to the City Council in 2013 and was re-elected in 2017 to represent Council District 3, which includes the neighborhoods of Greenwich Village, Chelsea, Hell’s Kitchen, the Meatpacking District, the Theater District, the Garment District, and more neighborhoods along Manhattan’s West Side. Corey was elected by his peers to serve as Council Speaker in 2018, making him the first openly gay, HIV+ man to hold the position. 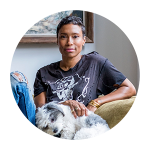 Jodie Patterson is a social activist, entrepreneur, and writer. She has been lauded for her activist work by Hillary Clinton, The Advocate, Family Circle, Essence, Cosmopolitan, and Yahoo!, among others. She sits on the board of a number of gender/family/human rights organizations, including the Human Rights Campaign, and is a sought-after public speaker addressing a wide range of audiences about identity, gender, beauty, and entrepreneurship. 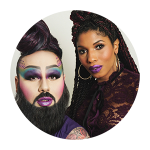 DDPRO is a concierge Hair, Makeup, and Image Consulting firm led by Dee TrannyBear and Deja “The Lady Deja” Smith. DDPRO’s aesthetic lies at the intersection of fashion, art, gender and performance; all of which continually influence this dynamic team. The company’s perspective is informed by the co-founders trans, ethnic and national identities. Deja, a descendant of American slavery, and Dee a recent American émigré of Italian descent from Germany, work together to attain the great “American Dream.” 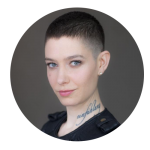 Asia Kate Dillon is a performer, writer and director residing in New York City. Recently cast in the role of Taylor, a non-binary gender identifying character in Showtime’s Billions, Dillon is the first non-binary gender identifying actor to ever be cast in a major television series. In addition to Billions, they* can be seen playing Brandy Epps in the Netflix series Orange Is the New Black. 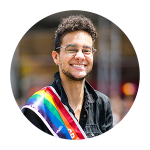 Tyler Ford is an award-winning nonbinary advocate, writer, and speaker whose creative and critical writing on queer and trans identity inspires, comforts, and challenges a diverse spectrum of audiences. The former deputy editor of Condé Nast’s LGBTQ+ platform, them., and grand marshal of NYC Pride 2018, Ford’s sphere of influence is wide, reaching hundreds of thousands of people and helping LGBTQ+ folks feel more equipped to express themselves with confidence. 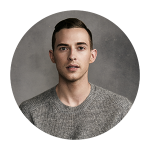 Adam Rippon, Artist. Athlete. Activist. Adam Rippon is a combination of all three. One of the most dramatic figure skaters on the planet, Adam won the hearts of America and the world at the 2018 Winter Olympics. Known for his refreshing candor and wit, his rise to fame on the global stage has provided him with a platform to speak out in support of LGBTQ rights and the freedom to be oneself. His passion and charm have made him an inspiration to young and old alike and he has quickly become a role model and icon to millions. 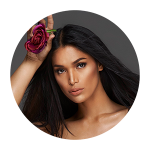 On March 31, 2014, in honor of International Transgender Day of Visibility, Rocero came out as transgender at the annual TED Conference, her viral talk has since been viewed more than 4 million times and translated in 32 languages. Geena is the founder of Gender Proud, a media production company that tells stories on what it means to be trans and gender non-conforming. 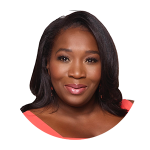 Quintessential Harlem girl and life-long New Yorker Bevy Smith is the host of Sirius XM’s “Bevelations” on Radio Andy and since it’s debut in September 2017, she has been a Co-Host on “Page Six TV”. Bevy also shared her style insight on BET’s “Wendy’s Style Squad,” and for three seasons was showcased as moderator of Bravo TV’s revolutionary “Fashion Queens.” 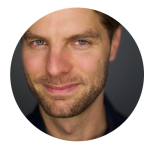 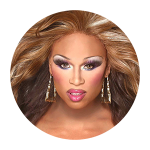 Peppermint made history as the First open Transwoman to originate a leading role on Broadway in the GoGo’s musical, Head Over Heels, was honored at Conde Nast’s First Annual “Queeroes” Awards, earned her place on Variety’s prestigious “New Power of New York” list, was named as one of Out magazine’s “OUT100” portfolio of the most influential LGBTQ people of the year and now New York Attorney General, Latitia James recognized her with an award for her work with the LGBTQ community. 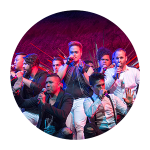 Tonewall is the premier pop a cappella band of the New York City Gay Men’s Chorus. Polished and charismatic, Tonewall performs uplifting anthems, classic tunes, and sexy hits from today’s artists—all with the unparalleled precision that is the hallmark of contemporary a cappella.

They’ve performed everywhere from Yankee Stadium to City Hall, winning awards and accolades along the way. Tonewall’s message of diversity, inclusivity, body positivity and the need for all of us to stand up to advocate for social justice resonates in their profound commitment to the LGBTQ community. 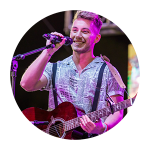 Jaimie Wilson, also known as T-Boy, is one of the top influencers and artists in the LGBT community. His social media presence took off after sharing his female to male transition journey. In the process of transition he lost his family in Michigan and he almost lost his singing voice. In 2017 Jaimie received the Spirt of Matthew Award from the Matthew Shepard Foundation for his bravery in telling his transition story and for inspiring other families toward acceptance. 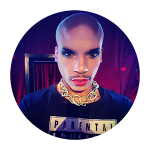 T-Boy is an LGBTQ DJ, performance artist and military veteran, originally from Miami, Fl. Star of documentary, Black Velvet, a feature length documentary by first time director Tobias Daniels, explores the life of one African American LGBTQ singer/rapper, T-Boy, as he struggles to survive in New York, his past in the pre “Don’t Ask, Don’t Tell” Navy, and his niche fan base in Germany. 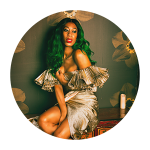 A legendary YouTube Sensation turned original pop artist, Mila is known around the world for her unforgettable stage performances & one of a kind music videos.

DDPRO is a concierge Hair, Makeup, and Image Consulting firm led by Dee TrannyBear and Deja “The Lady Deja” Smith. DDPRO’s aesthetic lies at the intersection of fashion, art, gender and performance; all of which continually influence this dynamic team. The company’s perspective is informed by the co-founders trans, ethnic and national identities. Deja, a descendant of American slavery, and Dee a recent American émigré of Italian descent from Germany, work together to attain the great “American Dream.”