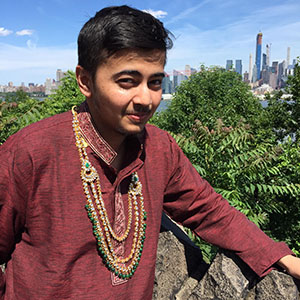 Farhat Rahman (they/them) is the Development Associate at the Gender & Family Project. Raised in Bangladesh, Farhat is a trans and queer Muslim filmmaker & curator based in The Bronx. Their work largely engages with issues affecting queer, non-binary and people of color identities, and their films have been screened at venues such as Bryn Mawr Film Institute, LUX London, New Women Space, and the Bangalore Queer Film Festival. Prior to the settling more permanently in New York, Farhat was actively involved in the Bangladesh LGBTQGNC movement, where they helped launch the country’s first LGB needs assessment report and survey.

Farhat is a B.A. and M.A. graduate from Bryn Mawr College and The New School. They are also the Founder & Director of CineDiaspora NYC, a film festival that launched in 2019 that showcases works by diasporic queer and trans filmmakers of color.