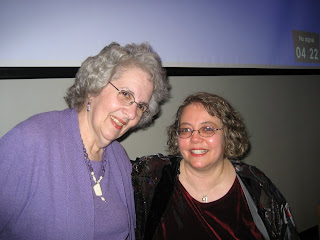 After 25 years of work with families affected by gender issues, Arlene (Ari) Istar Lev, LCSW, CASAC, sees some progress, but also believes there is much work still to be done.

“Most gender therapists don’t address family issues,” she explained at the Ackerman Institute for the Family’s one-day conference on May 15th. At the same time, Ms. Lev said, many family therapists are not “fluent in the gender community.”

“My stand is that gender variance is a normal expression of human diversity,” Ms. Lev said. “My goal is to build a bridge between the family therapy and gender communities.”

Ms. Lev noted that gender variance has always existed and gender variance disorder is not about an individual’s gender, but society’s reaction to it. Family acceptance or rejection is the core issues, she explained. Ms. Lev said she believed that transgender emergence is a normative life cycle event, a part of the development process.

There are many terms and many definitions within the transgender umbrella, Ms. Lev explained. The terms include gender variant, gender atypical, gender non-conforming, transgender, transsexual, cross-dressers, intersex, trans men (female to male) and transgender women (male to female), gender benders and gender blenders, bi-gendered, third sex, two spirits and gender queer. Ms. Lev said that in spite of the fact that gender variance crosses all classes, races and ethnic lines and spans all ages (she has worked with clients ranging in age from four to 82), it is poorly understood by most medical and mental health professionals. One factor that may play a role is that gender variance clients who come for therapy often initially seek help for the same broad concerns as any other client, rather than a specific gender-related concern. For example, a couple may seek therapy for a child who is having behavior problems without identifying the child as a cross-dresser or connecting his/her behavior issues to gender identity confusion.

Ms. Lev said that when she began her practice in the 1980s, she had no special training for working with clients with gender issues and also had to work through her own biases. After many years of practice, she said she believed there is no “typical” client with these issues, but a broad range of people with a variety of concerns.

Approximately two percent of all babies born have either ambiguous genitalia or an intersex condition, Mr. Lev said. In most cases, a doctor performs surgery to assign a sex, usually female. Most of these children are unaware of their past.

Ms. Lev said that assigning a sex raised concerns because sex and gender are not the same.

“Sex is about physiology,” Ms. Lev noted. “Gender is about a person’s inner sense of self.”

“I am often asked, why do people want to change their sex?” Ms. Lev said. “My answer is that I have no idea.”

Ms. Lev said there was some evidence that biology, brain chemistry and prenatal hormones played a role is sexual identity but other factors, such as social learning and family pathology, might also be involved. She pointed out that these considerations were the same ones identified in past years as ”causes” of gayness.

“In the end, what does it matter?” she asked.

While pinpointing the causes of gender variance may not necessarily be a priority, Ms. Lev said, understanding the consequences of crossing the boundaries of sex and gender is vitally important for therapists because of the ways in which clients’ lives are affected. Gender variance often leads to social dilemmas, legal quandaries, medical issues, family ostracism, loss of custody of children, unemployment and severe underemployment, lack of civil rights in housing and street violence.

Within the medical profession, the transgender person often is pathologized, Ms. Lev said. She explained that Gender Identity Disorder is included in the DSM (the Diagnostic and Statistical Manual of Mental Disorders published by the American Psychiatric Association) and is unlikely to be removed in the near future. However, the DSM is developing a more flexible standard of care. Ms. Lev said it was important for therapists, who often serve as “gatekeepers” to doctors who perform sexual reassignment surgery, to assess clients without pathologizing them.

“This doesn’t mean that anything goes,” Ms. Lev explained. “We do need to assess for psychological difficulties, mental illness, trauma histories and unresolved sexual identity disturbances, persistent gender identity issues and other factors. “

Ms. Lev then outlined a series of phases in the process and the role of the therapist. The first stage is awareness and the therapeutic task is to normalize the process. The second phase is seeking help or reaching out and the therapeutic task is to facilitate. The third phase is disclosure to others and the therapeutic task is to support. The next phase is exploration through language and body modification, followed by integration into the community. The therapist’s role in the last two phases are to help overcome turmoil, facilitate negotiation between clients and families in order to identify what the families can and cannot accept and support clients in finding the balance that enables them to integrate the transgendered person into the normative life of the family as a transgendered person. This balance may vary widely in different families, but some kind of balance is essential.

Working with the families presents numerous challenges as so many issued may be involved, including lack of information, confusion, fear, stigma, financial, legal and medical upheaval, isolation, shame and blame, concern for the impact on children, trust and betrayal and the impact on sexual relationships.

In the afternoon portion of the conference, Ms. Lev made use of a number of video presentations to illustrate her points and Ackerman faculty member Jean Malpas, LMFT, LMHC, served as Discussant.

The May 15th event was the Ackerman Institute’s third one-day conference. Last year’s presenter was Celia Falicov, PhD, who spoke on “New Immigrants in Family Therapy: Transnational Journeys”. In 2007, the first conference focused on the work of Peggy Papp and Olga Silverstein. Each year, the one-day conference provides a spotlight for therapists who have demonstrated original thinking and developed groundbreaking work. The conference is overseen by Evan Imber-Black, PhD, Director of Ackerman’s Center for Families and Health.