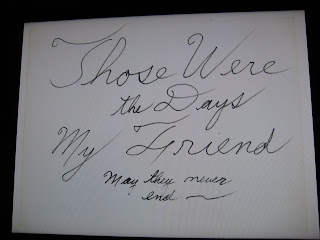 On February 24, 2009, the field of family therapy lost a giant and the Ackerman Institute lost a great and inspirational colleague when Olga Silverstein died at the age of 87.

Family, friends and colleagues gathered in the Ackerman library on March 25th to share their memories of Ms. Silverstein and to celebrate her life and work.

Evan Imber-Black, who served as moderator of the memorial service, recalled being inspired by Ms. Silverstein at the beginning of her own career.

“I saw Olga on tape and thought I want to be able to do that someday,” Ms. Imber-Black said. Later on, she found herself presenting at a conference with Ms. Silverstein, who provided her with a plan for her talk. “I didn’t use the plan and for 25 years, Olga stayed mad at me,” Ms. Imber-Black commented.

Almost every speaker remembered Olga Silverstein as a woman with an enormous sense of humor and fun, as well as her strong opinions. But above all, she was remembered as an extraordinarily perceptive and gifted therapist.

Peggy Papp described Ms. Silverstein as her “closest and dearest friend for 30 years. She was like a sister, like the Rock of Gibralter.” Ms. Papp then presented a slide show series of humorous drawings illustrating her adventures through the years with Ms. Silverstein. The drawings clearly demonstrated both Ms. Silverstein’s humor and her special talent as a therapist.

“I was so privileged to get to know her and she so enriched my life,” Ms. Papp said.

Peter Fraenkel provided a video clip of Ms. Silverstein in which she spoke about her view of family therapy. Ms. Silverstein said her approach was intuitive rather than theoretical and that she believed in trying many different things. She also said she believed that “the less intervention the better” because “people need to be in charge of their own lives.”

Lois Braverman, President of the Ackerman Institute, and several other speakers, all noted that Olga Silverstein was an inspirational teacher who encouraged her students to have greater confidence in themselves.

Ms. Braverman said that when she first began her tenure as president of the Ackerman Institute, Ms. Silverstein, whom she had known for 20 years by then, came to her first meeting with the faculty.

“I always felt Olga was there behind me in my work,” Ms. Braverman said, “and I am so grateful to her for that.”

Echoing many other comments, Gillian Walker noted that, ”I wouldn’t be a family therapist if it wasn’t for Olga. She made us love the field as passionately as she did.”

“We all though of Olga as our mother and grandmother,” Pat Heller commented. “We thought she was magic.”

The Ackerman Institute has established the Olga Silverstein Training Award to honor the memory of Ms. Silverstein. The Award will be presented annually to a gifted student who has completed the live clinical part of Ackerman’s training program and who is entering the first-year externship.