It was an evening of generosity, laughter, elegance and pride. 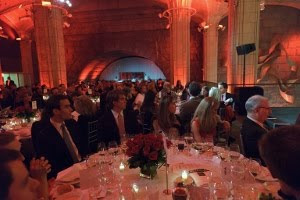 On Tuesday night, October 25th, the Ackerman Institute for the Family reached out to its friends and supporters at its fundraising event of the year, the “Tribute to Families” gala. Guastavino’s, the beautiful hall tucked beneath the 59th St. Bridge, was sparkling.

During the cocktail hour, guests were treated to a fascinating silent auction, which included artwork, dinners, jewelry, professional consultations and fashions. And while people mingled, ran into old friends and got their picture taken, they were able to wander by the Ackerman book table and watch clips from Ackerman’s exciting new video series “Short Conversations.” And then it was upstairs to dinner. 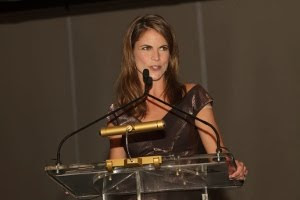 The celebrity emcee for the evening was the fabulous Natalie Morales, one of the co-hosts of the Today Show. With grace and sparkle, she guided the audience through a series of videos and then set the stage for the new Board President, Alec Haverstick. After a thoughtful, challenging set of remarks on families and the American economy, Alec led into the first big emotional moment of the evening: the Ackerman Service Award to John O’Neill, long time board member and Treasurer. His response was both heartfelt and humble.

Then came the live auction hosted by comedienne Jane Condon. Jane pulled out every trick in her comic arsenal: jokes, insults, self-mockery, and while the audience was howling with laughter, they managed to bid up two fantastic beach house weekends, dinner at the legendary Rao’s, and a backstage tour and taping of the Today Show. All of this before dinner!

After dinner, Lois Braverman, President and CEO of Ackerman Institute, took the audience on an intellectual tour de force. Using powerful scenes from two contemporary films, Lois deconstructed the emotional underpinnings of the characters and situations. Her analysis laid bare what the scenes revealed about families, about our culture, and how they relate to the work of the Institute. She tied it together with perfection . . . because both of the clips Lois showed were from the work of the renowned film producer Christine Vachon. Lois then introduced Ms. Vachon as the first ever recipient of the Ackerman Media Award. Ms. Vachon, producer of many films including Boys Don’t Cry, Far From Heaven and Mildred Pierce, shared with the audience how honored she was, and how deeply connected she felt to Ackerman and its mission.

As the evening came to a close, the guests lingered on, somehow unwilling to let such an important event end.