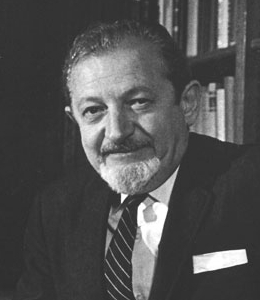 The Ackerman Institute for the Family was founded in 1960 by Dr. Nathan W. Ackerman. Although trained as a classical analyst, Dr. Ackerman broke with this approach after World War II when he began to experiment with seeing patients and their families in a group. He published, taught and showed movies demonstrating this new method, pioneering not only a new type of therapy, but also the tradition of the audiovisual documentation of clinical work that became one of the cornerstones of family therapy training. In 1960, a group of families treated by Dr. Ackerman established a non-profit institute to allow him to expand his training activities.

In 1962, the Ackerman Institute helped create Family Process, the first journal dedicated specifically to supporting academic activities in family therapy. Family Process remains the leading academic publication in the field today. Three of the past six editors of Family Process have been Ackerman faculty members. 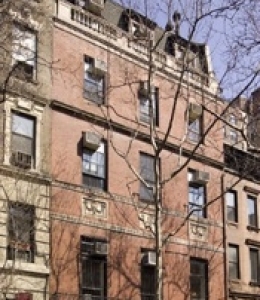 In 1972, Donald Bloch became the Ackerman Institute’s second director. Under his leadership, the Institute inaugurated an expanded clinical training program, developed a large family therapy clinic housed at the Institute and initiated a series of projects aimed at creating new approaches to particularly difficult clinical problems. Developing clinical projects that focus on specific populations has been – and continues to be – one of the most distinguishing features of the Ackerman Institute.

These initiatives have supported the development of innovative ideas and approaches to many complex issues. Project faculty and staff have disseminated the concepts, training and treatment models developed at Ackerman nationally and internationally through professional writings, workshops and conferences. Ackerman has also expanded its influence exponentially by creating community training programs that “train the trainers.”

In 1990, Peter Steinglass became the Ackerman Institute’s third director. During the 1990s, the Institute incorporated its projects into five thematic centers that provide training opportunities, programs and services:

In 2006, Lois Braverman became Ackerman Institute’s fourth director. Under her leadership, the Institute moved from is location of 53 years on the Upper East Side to its current state-of-the-art facility in the Flatiron District. Continuing the tradition of developing new clinical innovations and tackling current dilemmas that families face, new projects emerged including the Gender and Family Project, Children with Special Needs Project, and the Foster Care and Adoption Project.

In 2018, Gisselle Acevedo was appointed the Institute’s fifth president. As President and CEO, Acevedo used her vision and voice to help Ackerman it its mission to serve mental health care professionals and bring innovative perspectives to a broad array of community service agencies and other health care facilities.

In 2020, Martha Fling was appointed Ackerman’s sixth president. Martha served on Ackerman’s Board of Directors for eight years, and served as Board Chair from 2015–2020. Martha brings a wealth of expertise to this role, and is deeply committed to sustaining the continued success of the Institute.

The Ackerman Institute also continues to maintain its Clinic, which is licensed by the New York State Office of Mental Health. The Ackerman Clinic serves every kind of family, including traditional nuclear families, single parent families, gay families, transgender families, intergenerational families, stepfamilies and families representing all racial, ethnic, religious and socio-economic groups. Families who come to the Clinic receive services on a sliding fee scale basis. No one is ever denied services because of an inability to pay.

One of the truly unique characteristics of the Ackerman Institute is its commitment to recognizing diversity in all of its forms and working with all families in ways that are sensitive to their specific needs. The Ackerman Institute also is committed to diversity in the profession of family therapy. Although the number of minority families in the U.S. continues to grow towards a predicted 48 percent of the population by 2050, nationally, only four percent of family therapists are people of color. Expanding this number substantially is vitally important, not only to open the profession to groups who have been underrepresented historically, but also to ensure the ability of family therapy, as a profession, to provide culturally relevant services for every family.

The Ackerman Institute initiated the Social Work and Diversity Program in 1992. In the years since then, the Program has graduated a significant number of minority family therapists. Many of these individuals now teach at Ackerman and/or hold positions in community agencies in which they are able to influence policy decisions and clinical practice.

The Ackerman Institute for the Family is a 501(c) (3) nonprofit organization.