This lecture is part of the Ackerman Distinguished Family Therapy Lecture Series, designed to contribute to conversations on advancements and opportunities in family therapy training. Lectures are free and open to the public.

Growing up as a southern Black girl in the 50’s and 60’s, “back talk,” to a parent was dangerous. It conveyed disagreement, challenge, or displeasure at a parental decision. To parents, it communicated disrespect, and this was not tolerated. They had a legacy and present full of that and were not going to have it inside their homes. In my household, it also included mumbling under your breath and rolling your eyes. It was not a child’s place to ask “Why?” “Because I said so,” the response. I was well into adulthood when I realized that a good portion of my childhood was in a patriarchal home headed by a woman, that it wasn’t simply white supremacy that had sought to diminish me. I understood my bold behavior during latency, always out of her sight, in a new way. I’ve learned too that the strict control was also about safety and Jim Crow.

In a sense, I have made a career as a psychologist and family therapist of “back talk” and am proud of it. My Ackerman talk will highlight some of the ways I’ve discovered to do this in response to white supremacy and other systems of oppression, as well as resources that have sustained me in this pursuit. 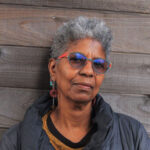 thandiwe Dee Watts-Jones, PhD, LMFT, MFA is a social worker, psychologist, family therapist and creative non-fiction writer. She is also a mother and grandmother, an African American womanist, who believes in Sankofa, the Akan idea of reclaiming from the past that which is valuable. Her voice and practice has and continues to be in the service of self and collective liberation from the structural, interpersonal and intrapersonal forms of imposed superiority of one group over another. Her academic writings, presentations and family therapy teaching speak to the challenges of racism in particular, the resources of resistance that exist among all Indigenous and oppressed people, and the resources we are in the process of creating, to transform our lives, our world.

CE contact hours are not offered for this series.